Public Congruency: Leveling the divide between neighborhood boundaries in the San Francisco Tenderloin 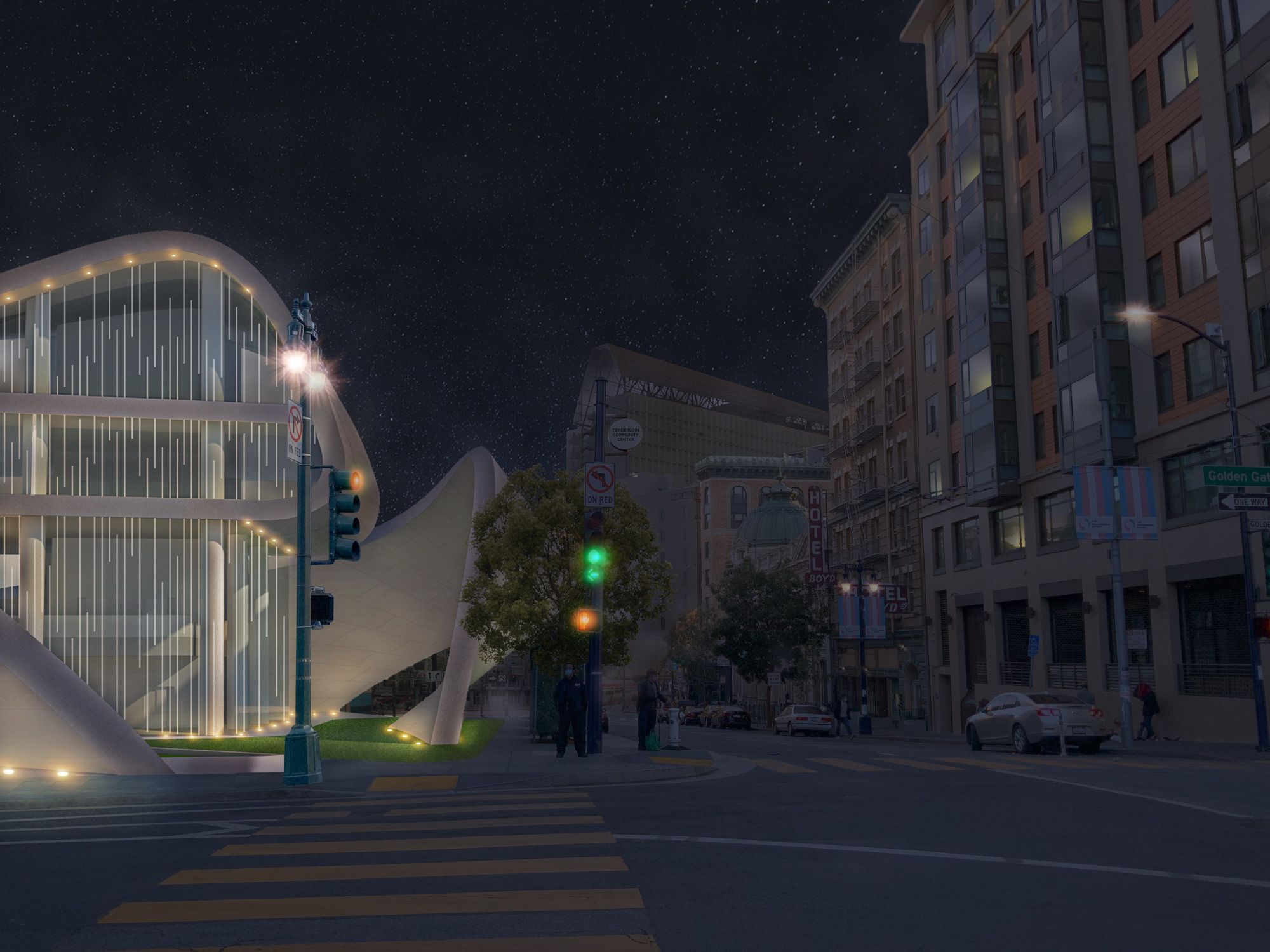 This thesis envisions a plural society based on a collective architecture that promotes healthy community and shared environments. The proposed scheme utilizes the different densities of pedestrian and automobile traffic in order to generate variations of architectural form and program. Located between three diverse San Francisco neighborhoods, the site poses opportunities for the design of an interactive hub of shared spaces for the cultural collective. Redefined education, health, and public park programs are introduced in order to establish the building as a comfortable and engaging space that bridges the divide between people across generation, race, culture, and socio-economic grouping.