Transforming obsolete spaces into heterogenous environments for the displaced 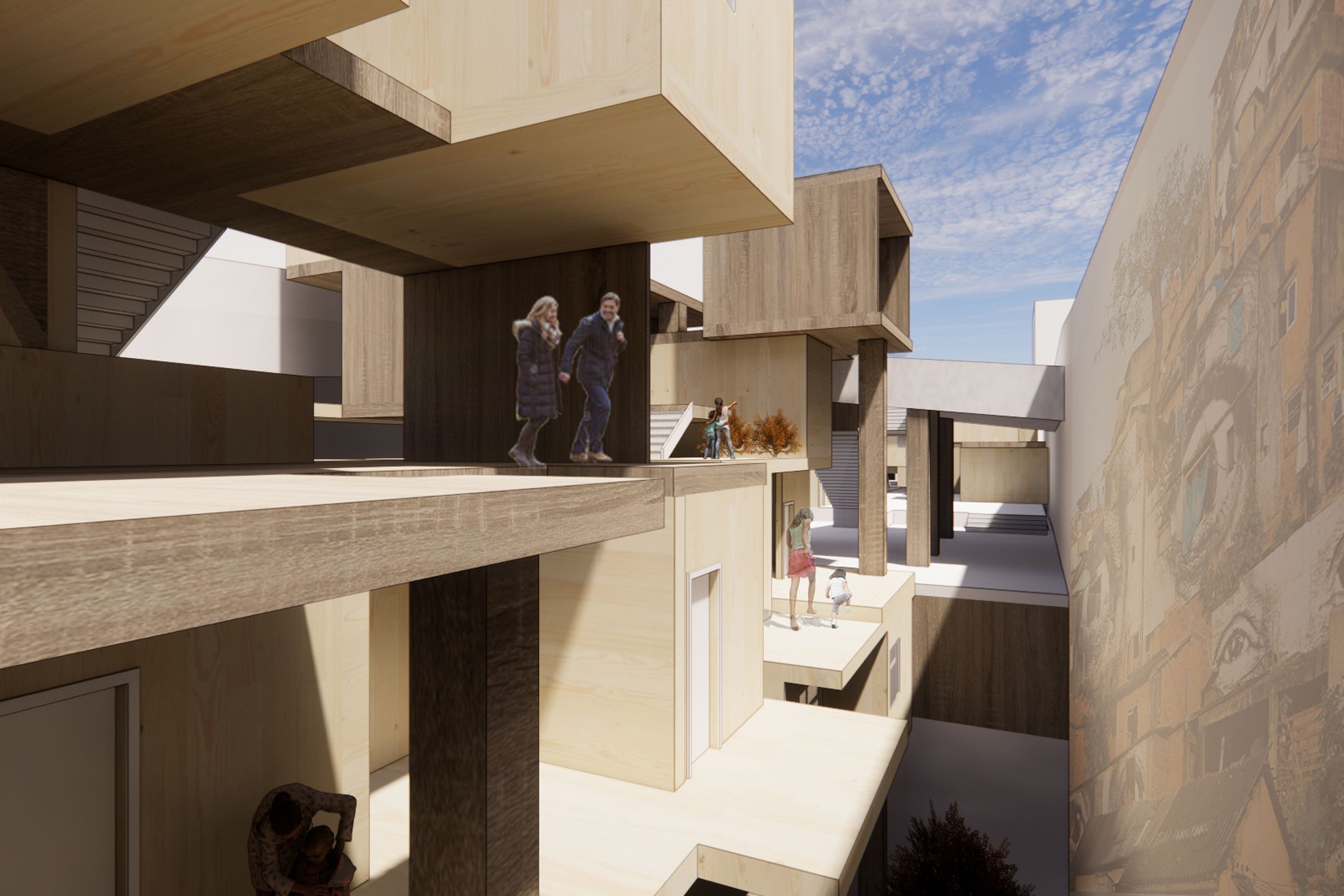 If dwelling in the city today means to live, experience, and learn, then how is that achieved for displaced people in high-density areas without creating urban slums serving only basic needs?

In San Francisco, being displaced is not only a physical condition (homeless) but also an existential one, in that the displaced do not have a sense of belonging to where they live. SRO (Single-Room Occupancy) hotels, for example, used to be one of the predominant housing types in San Francisco, and they are still home to more than 30,000 people today; most were originally temporary housing for the overseas and low-wage workers. A typical SRO unit plan consists of a double-loaded corridor with two rows of eight-by-ten-foot rooms facing each other, and a shared kitchen and bathroom at the end. Designs for many SRO environments are similar because they emphasize efficiency most, with units placed on top of others in a rigid way. Public spaces are limited to one or two shared kitchens and bathrooms on each floor. The physical environment inhibits people from interacting with others. Fixed programs and limited spatial relationships in many of the SRO housing projects deteriorate the sense of belonging and community, needlessly impeding residents from socializing. The truth is that there are better ways to do it, despite extreme density and low budget.

As keys for building a sense of belonging, the thesis encourages walkability in the neighborhood, different means of circulation, diversity of programs and spaces, connections to the public, and ample participation with the environment. The project is thus extremely site specific: the Stockton Street Tunnel was carefully selected, located between the overlay of the high-density area, ongoing gentrification, and existing displacement. Situated between the Tenderloin and Chinatown – two neighborhoods hosting nearly 88% of the SRO families – there are a multitude of opportunities and challenges on this site due to the tunnel spanning over three blocks and covering a variety of different urban and social characteristics.