Please join us in congratulating Kenya. We are so proud of her for being recognized by this prestigious award! Kenya, a second year online student, was selected to receive the SOM Robert L. Wesley Award for BIPOC students. She is one of five recipients, among seventy-six applicants, who won this award in a national search. In addition to a $5,000 award, Kenya will be mentored for a year by the jurors and advisors.

Kenya is an amazing human being and she lifts everyone that crosses her path. She shares her story in her application essay below as well as in this video. Some of her work can be viewed on the scholarship website and also in her application.

My father said, “…if you can get on this roof, count all the nails you hand me, and figure out the difference between the Phillips and the flat-head screwdriver, you will learn more than what any school could teach you today.” That day, at four years old, and many days after, he would present ‘life’ as school. As I grew up I began to realize that his lessons taught me more than many years of school combined.

My journey has included a love for the arts, sculpture, and non-structured self expressions, intertwined with a propensity towards meticulous attention to detail and craft. As an airborne paralegal in the United States Army, where I deployed and served for several years, craft could be evidenced in the way in which I rigged my rucksack for a jump. That is to say, that for me, craft is everywhere and a part of everything that I do. Craft is a way for me to realize purpose, intention and care in whatever I engage with. I finally realized that architecture was the answer that married everything about me that seemed disparate but right. It seemed as if I had always known that I wanted to be an architect. I’d always wanted to know how I could make the world around me more beautiful. I wanted to know how I could make a space sing to a person’s spirit. I knew it was possible because I had experienced spaces that did the exact opposite, and were meant to do so by design. I would equip myself to change that. This is the path that I am on.

My ambitions are to share with the world what it has given to me. The depths of my inspiration come from my interactions in this world and with the people that are important to me. Each day I cherish the presence of my mother, husband, and my two young children; and am grateful for all of the people that have shaped who I am today. Where would we be if we only aspired to be something for the good of ourselves? Where would I be if the world hadn’t pushed and pulled on who I was? I am able to pursue a path in architecture only because the people I love lend me their support and know how important this is to me.

I have made a commitment to this journey. A deep source of motivation is knowing that I will be a ‘visible’ force that allows children of color to see themselves as architects, or anything else that they had not yet thought that they could be. In many ways, it feels as though this path has chosen me. I have visions of building a new home for my mother who went without for so many years when I was growing up, and putting energy towards relief projects and initiatives around the world and in our communities.

One of the greatest challenges that I have faced has been realizing that the world is not as it should be. As I grew, I learned that my father had been teaching me to be fearless and to reject being limited by my gender. In doing so, he was teaching me what the world should be, and preparing me to be a part of the very change that could make that world a reality. Architecture is not widely presented as an accessible career option to young people of color. This is not accidental as people of color have historically struggled to be welcomed into professional degree programs and associations. This, combined with the socioeconomic differences that many people of color face, adds to the challenges of being able to afford such programs. I brace for myself for the day when my GI Bill runs out, which will be well before I complete the Bachelor of Architecture program. Though I do not yet have a solution, I will not let it derail me – because for the built environment to truly be diverse and empathetic, it has to be built by a diverse group of people.

And I will be one of them.

There may be many others who are deserving of the scholarship, and some may need it even more desperately than me. I can, however, say with absolute certainty that if I am awarded this scholarship I will honor the example that Mr. Wesley has set, and continues to set, by finding heavy doors of my own to open for those that come after me. I am truly grateful that through this application process my life’s path has already crossed with Mr. Wesley’s. Regardless of the outcome, I plan to carry that connection forward with me. I’ve wondered what his life’s story might entail, having forged his way through this profession at a time when people of color were literally still fighting to be admitted into colleges that would not accept them. Just the imagining of that story adds fuel to a fire within me that may sometimes burn dim from the pressures. This new source of motivation is already an award in and of itself.

Thank you so much for this opportunity. 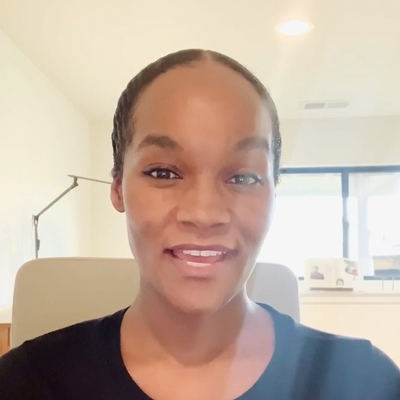