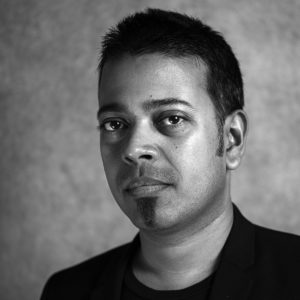 Aurgho Jyoti is the Founder and Creative Director of AUR /Architecture Urbanism Research LLC, an international architecture practice operating out of New York and New Delhi. His work addresses the notion of time in architecture, creating interventions that provide ‘spatial specificity’ and ‘temporal continuity.’ He holds an M.Des in Architecture and Technology from Harvard Graduate School of Design, and an M.Arch-II  in Architecture and Urbanism from Cornell University as a Tata scholar. He has conducted research on housing and materials at MIT Media Lab and Harvard University. He holds a B.Arch with distinction from SPA, New Delhi.

Aurgho previously worked as a Project Lead and Senior Architect for internationally acclaimed offices, which include SOM, OMA/Rem Koolhaas, Gehry Technologies, Studio Fuksas, and 3Gatti Architecture Studio. He is a licensed architect in the US and India and a member of the American Institute of Architects. With a cross cultural international experience, he has lived and worked in New York, San Francisco, Los Angeles, Boston, Rome, Hong Kong, Shanghai, New Delhi and Calcutta, on architecture projects across the US, China, Italy, France, Georgia, Japan and India. His projects span high rises, airports, institutional and cultural buildings. Some of his significant projects include Sea-tac Airport – International Arrivals Facility, Transbay Block 9 Residential Tower and Research Center for UCSF in San Francisco, and Poly Tower in Chengdu.

As an educator he serves as an Instructor at the School of Architecture, Academy of Art and has been a Teaching Assistant at Harvard and Cornell, and a Visiting Lecturer at Delhi College of Arts. He has been an Invited Guest Critic at Harvard, Stanford, Cornell, UC Berkeley, California College of Arts, IE University Madrid, University of Tennessee Knoxville, Academy of Art, Wentworth Institute of Technology, and University of Hong Kong.

Aurgho’s works have been published and exhibited in the US, UK, Netherlands, Denmark, Spain, Austria, Turkey, and India, at venues which include, amongst others, Seattle Architecture Foundation, Heritage Museum in Astoria, Autodesk Gallery in San Francisco, Harvard University, Alliance Francaise Delhi, and India Habitat Center Delhi. He has been featured in The Wire, Dezeen, The Times of India, Indian Express, India Today, and The Telegraph. Aurgho’s awards include ’20 Under 35′ by Alliance Francaise Delhi, SOM Prize in Architecture Finalist, Special Mention in Evolo International Competition, New York, and National Finalist for Bhopal War Memorial and Ujjain Planetarium.