“Architecture school has not only given me a career, it has changed the way I approach every single situation in my life.”
~Ricardo Moreno, Architectural Designer – Mark Cavagnero Associates Architects 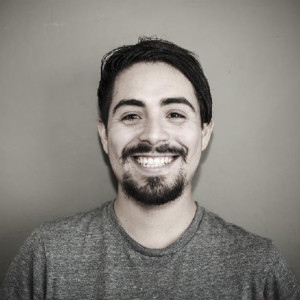 Master of Architecture Alumnus Ricardo Moreno is an Architectural Designer at  Mark Cavagnero Associates Architects. As a child, Ricardo Moreno spent a lot of time sketching and thinking about the way things work.   “I realized that architecture was what really balanced everything out, very systematic and very engineer-oriented, but also very artistic.” After doing some research, he chose the Master of Architecture (M. Arch) program at Academy of Art University, which offered him an intensive curriculum as well as surroundings that inspired him.   Less than a year after graduating, Ricardo joined Mark Cavagnero Associates Architects, a  high-profile group of architects currently working on the Moscone Expansion Project, designed to improve San Francisco’s downtown convention center. The firm specializes in cultural architecture and has been heralded for its innovative work on the SFJAZZ Center, the Terrace at California Academy of Sciences and several arts and recreation centers.   The cultural aspect of architecture – as well as a building’s effects on the people who inhabit it – is foremost on Ricardo’s mind. “Architecture is misinterpreted to be about how pretty or how ugly a building is,” he said. “I think architecture is more about how people interact with each other, how they operate within certain parameters that you as an architect are envisioning.”   He continues to stay in touch with some of the faculty at the Academy, which he said, “challenged me in all the good ways.” “The scale of the school is really good. It’s still small and you have a lot of one-on-one experience with your professors. The faculty is very devoted to passing along information and knowledge about architecture.”   Although he works long hours, Ricardo finds time to cycle around San Francisco taking photos for his portfolio of urban photography. He’s also a triathlete. When asked about his future goals, he replied, “I wouldn’t mind being at Mark Cavagnero for the next 10 years. They’re that good.”   Ricardo believes that modern architects need to evaluate the economical aspects, political aspects and cultural aspects of the projects they work on. “As an architect, I would like to impact the world by understanding it, and by understanding it making it more livable,” he said.